6 Bell Striking Competition 2002 At the Guild 6-Bell Striking Competition held at Stretton this evening [13th July 2002], the participating bands, in order of ringing, were: South Cheshire Branch Congleton Wirral Branch Port Sunlight East Cheshire Branch Cheadle Chester Branch Handbridge Mid Cheshire Branch Grappenhall The judge was our own Ringing Master, Peter Wilkinson, who had earlier obtained the services of Jeffrey Kershaw, President of the Lancashire Association of Change Ringers, whose untimely death on 5th July, at the age of 60, was announced just over a week prior to the competition.

Notwithstanding, it was agreed by all that his judging was free from bias(!) as he placed the bands in the following order:

Congratulations to Grappenhall, their Conductor Nick Thomson seen here being presented with the trophy by the Master. The result meant that the Mid Cheshire Branch had completed the ‘Double’ as they had earlier also won the Inter-Branch 8-Bell Competition.

After the competition we were all treated to a most appetising barbecue expertly prepared by Peter Winder and his family, ably supported by other Stretton Ringers. Overall, an excellent day for Mid Cheshire Branch and Grappenhall and Stretton in particular 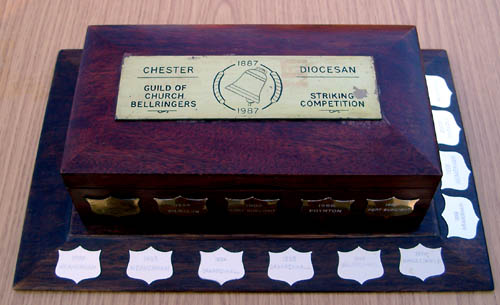 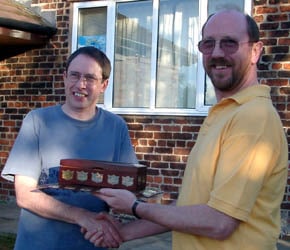 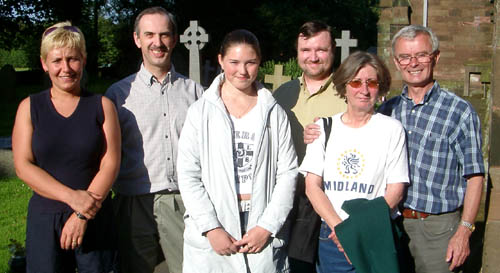 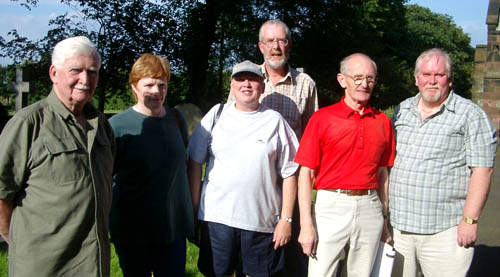 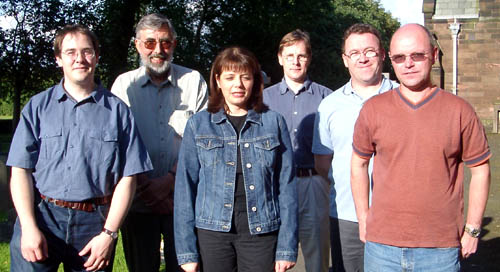 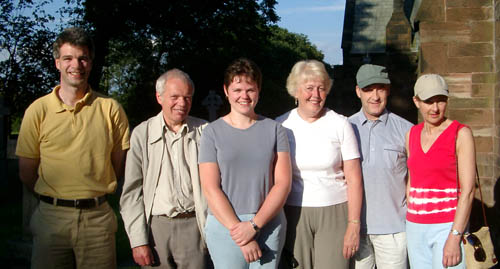