As had been agreed by the Guild Committee, the Chester Guild this year reverted to a previous format of holding the Guild Festival and AGM on the same day as the Guild Inter Branch Striking Competition, with the idea, since numbers at recent AGMs had been disappointing, that perhaps a few more members brought out by the competition might turn up for the meeting – fine in theory, but not always practised. When deciding which Branch should host the event, it was felt that the rota for the competition should be followed; and so it was that it fell to the Mid Branch once again to stage the AGM.

Over was the tower selected for the competition, famous for having been the tower which had hosted the once record length of Bristol. The pleasant bells though held some surprises for the participants, since three of them had been fitted with new ropes the previous week!

Judges for the afternoon were Ron Myers and Richard Lewis from North Wales. All of the Guild’s five Branches fielded a team this year, each ringing a course of Lincolnshire. In giving his results, Ron commented on the general performance of each team before giving the number of faults. He had also given a mark for artistic impression, which, although not counting towards the final result, happened to be in the same order!

Team 2 was declared the winner: the Mid Cheshire Branch, earning mainly half faults with good leading, and described as a “classy” performance, taking the Ken Lewis Shield. Hard on the heels of Mid was the Wirral team, who rang a good test piece, good ringing, with most faults in the first half.

Results were as follows:

After ringing at other towers, members converged on Weaverham for the Guild service. As Weaverham is currently in interregnum, the service was led by the Mid Branch President, Revd David Felix from Daresbury.

Following tea in the Church Hall, the AGM was led by Guild Master Peter Robson, and a fairly uneventful meeting ensued. As there had been no nominations for officers, the existing Guild Committee was elected en bloc. A little discussion centred around Child Protection – the Guild has decided to follow Central Council policy, whereas the Diocese is implementing the House of Bishops policy. Following meetings with the Diocese, it was agreed for the time being for the Guild to continue with the Council Guidelines. There have been a couple of clashes of policy, but on the whole, this seems to be working well. Several members who had notched up forty years membership had their transfer to Life Membership ratified, although they were urged by the Treasurer to continue paying their subscription to bolster the BRF!

Further ringing followed the meeting on the recently augmented eight at Stretton.

Nick Thomson Guild Press Officer. [The above is a copy of the report appearing on page 944 of The Ringing World, issue 4927 (September 30th 2005) – with additional photographs.] 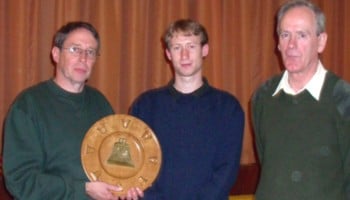 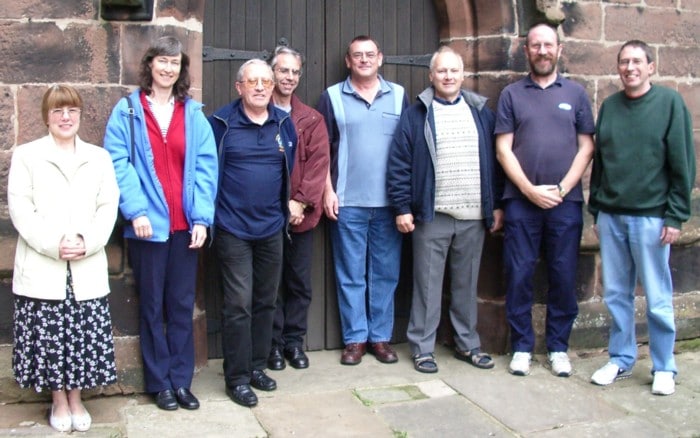 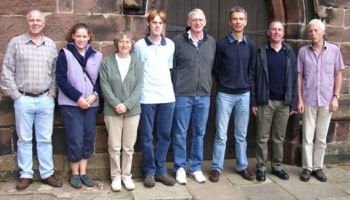 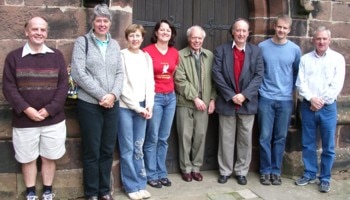 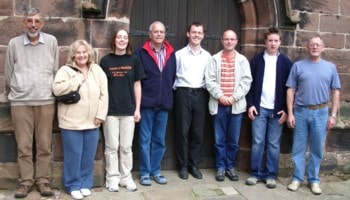